We are really excited to announce that we are running another workshop in the Know Thyne Enemy series – Nathan ‘Carnage’ Corbett will be running a Muay Thai workshop for us. This is an amazing opportunity to be trained by an 11 times World Champion.

Known as ‘The Man with the Golden Elbows’, Nathan will be taking you through the techniques and training that made him one of Australia’s best fighters in the ring.

Nathan Corbett, the ‘Carnage’ – is hands down one of the most renowned, efficient and dangerous fighters in the current era of Muay Thai.

Nathan Corbett has carved his name in history by annihilating his opponents and devastating elbow blows, which has also led him to be dubbed “the man with the golden elbows”.

For years Nathan Corbett had dominated the light-heavyweight and cruiser-weight divisions. Since 2010 ‘Carnage’ has set his sights on heavy-weight class and has confirmed his Muay Thai superiority across the World. 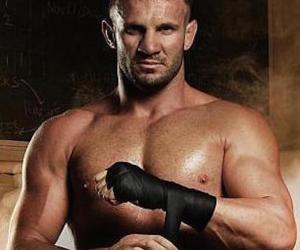