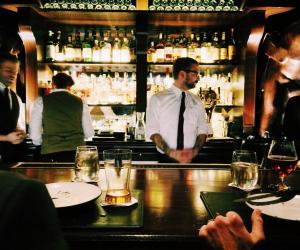 Coming up to the ‘silly season’ it’s important to start thinking about our safety when we are out and about socialising in new environments, with people we don’t know and when there is increased alcohol involved. And what about active shooters! Do you know how to remove yourself and/or disable an active shooter in a confined space?

Survive the night is a scenario based workshop that explores recent events around the world such as ruthless active shooters like the shootings in cinemas in America, spontaneous crazed knife wielding assailants like the attacks at the train stations in China and terrorist attacks such as the bombing of the SARI club in Bali.

These recent examples are just some of the types of situations you could potentially find yourself in. Don’t think so…. who doesn’t want to take a holiday in Bali?…..Robina and Helensvale Shopping Centres have both had crazed gunmen shooting at people in fits of jealous rage…… sexual assaults are happening on a nightly basis as a result of an innocent night out on the town with friends and women are being murdered while walking home at night alone in Brisbane.

This fast paced workshop is 3 hours of disorientation, loud music and Krav Maga’s tactics to escape seriously violent situations. Held in a Bar environment in Brisbanes dangerous “The Valley” you will be taking down armed active shooters, defending glassings, attacks with chairs, pool cues and learning how to escape crowd surges while pulling your friends out of harms way while operating in low light environments and confined spaces.

Alot of this content will be new and will not be shown in regular classes.

This workshop is suitable for all levels from beginners to advanced.